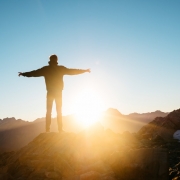 Last week I posted a beautiful image and invitation on my Facebook page from an artist who sends out a simple, reflective message or affirmation each week. Her business is called The Studio Project, and this one said:

While I usually like her messages, I was especially smitten by this one – how friendly, open, and optimistic it feels: Let today be new.

Some of you might read that statement and think, “Duh. That’s obvious. Every day IS new.”

And that’s true. Every day is its very own blank slate, and many of us probably feel (or perhaps the more accurate word is “assume?”) that we treat each day like the opportunity it is. But is that really true?

The person you are today is the sum total of your life experiences, traumas, relationships, stories, and beliefs about yourself and your capabilities, and this sum total can prove to be a major roadblock to truly letting each day be new (unless we have a whole lot of awareness). We’ve all experienced this phenomenon; even when we desperately want to veer off the beaten path and make a change, familiar patterns and habits we’ve built up over a lifetime magically show up and thwart our efforts to do things differently. It can be maddening.

It’s hard to believe we’re creeping into the end of January already. Many of us might be taking stock of how we did on any promises or intentions to “turn over a new leaf” come January 1. I’ve noticed that the practice of making formal New Year’s Resolutions has faded a bit in recent years, and I think that’s a good thing. Old school resolutions usually required us to set our sights crazy high and reinvent ourselves in ways that were drastic. This approach sets most people up for failure and then swimming in the guilt of having failed again. That’s when that familiar creepy voice settles in and taunts us with nasty story lines like, “See? Who do you think you are for trying that? You knew you wouldn’t be able to pull it off, didn’t you?” Yeah, that isn’t very helpful.

Making change happen can be tricky business, and since I’m in the business of helping my clients (and myself!) make changes in their lives, it’s a topic that fascinates me.

A few years ago I wrote an article about the principle of Kaizen after reading a book by that title that a client so generously gave me. I think it’s worth posting bits of it here again since we’re talking about habits.

Kaizen: The definition of this Japanese word can be summed up with the well-known saying by Chinese philosopher Lao Tzu, “A journey of a thousand miles must begin with the first step.”

In other words, kaizen is about taking small steps for continual improvement.

Kaizen is relevant to anyone wanting to change something in his or her life, whether that change involves one’s health, relationships, attitude, or skills. Unlike dramatic change, which involves taking a jumbo leap to achieve massive results quickly, kaizen is a warm, generous, and subtle approach to change, giving the change-maker permission to take steps so small that, frankly, there are times we feel we are doing nothing at all.

It turns out that our chances of success are greatest when the steps are smallest.

In order for this to make sense, the author of Kaizen spends a significant amount of time explaining the brain and our body’s fight-or-flight response. A quick recap of the fascinating science he presents goes like this: all change – even positive change – is scary at some level. The fear of change is rooted in the brain’s physiology, and this is why most people fail when they strive for goals that are too radical. We heighten the brain’s fear response, triggering a primitive part of the brain called the amygdala, which is responsible for controlling the fight-or-flight response. The fight-or-flight response is a life-saving response that shuts down rational thinking (among other functions) and sends the body directly into action. Make no mistake, the fight-or-flight response has immense value, but it can also be troublesome, setting off alarm bells unnecessarily when we want to depart from our usual, safe routines. This can prevent creativity, change, and success from unfolding, making us feel stuck and weak.

The stealth solutions of kaizen allow your brain to tiptoe past the alarm bells, wandering around the fear toward small, achievable goals. To be clear, when we refer to really small steps, we’re talking about steps that can feel trivial, like:

These are all examples of small steps that will add up to continual improvement. Make no mistake about it, all of these steps add up.

Just think: if you put a single new food on your grocery list each week, at the end of the year you will have tried 52 new foods.

If you worked out only 15 minutes a day, at the end of the month you’ll have spent 7 hours moving your body. That’s significant!

If you usually drink 3 cups of coffee (or soda, or booze) a day and you cut back to 2, that’s 365 fewer drinks you will have consumed by the end of the year. Wow.

Since my very first day as a health coach I’ve been encouraging my clients to embrace the philosophy, “Small steps build lasting change,” though back then I didn’t fully understand the science behind the brain’s fear of change. I learned this approach in nutrition school. We used the analogy that building health is like climbing a ladder. If you are committed to climbing the ladder one rung at a time, you will steadily make progress. If you try skipping rungs or taking too many at once, there’s a greater likelihood you will slip and fall. When the change is too big to sustain, even people with admirable levels of discipline and willpower lose enthusiasm, peter out, and “fail.” This failure can be devastating, and the motivation to begin again is lost.

Which brings to mind another powerful statement from an expert in change-making:

“Habit formation hinges on your ability to bounce back.” – James Clear

In other words, it’s not missing a single workout that screws up your goals, it’s never getting back on track.

So here are my three quick tips for building habits that last:

Good habits are built gradually. Start slow; get better along the way. Progress is a spectrum, so let yourself dance along that spectrum at your own pace. Let today be new.

P.S. This accompanying image of a sunrise is from a lovely trip to the Outer Banks in September 2016 with my family. 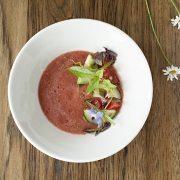 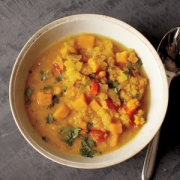 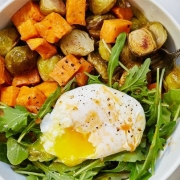 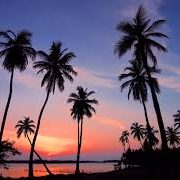 Can't be bothered to cook? No problem. 3 "assembly-only" recipes to the rescue.
6 replies